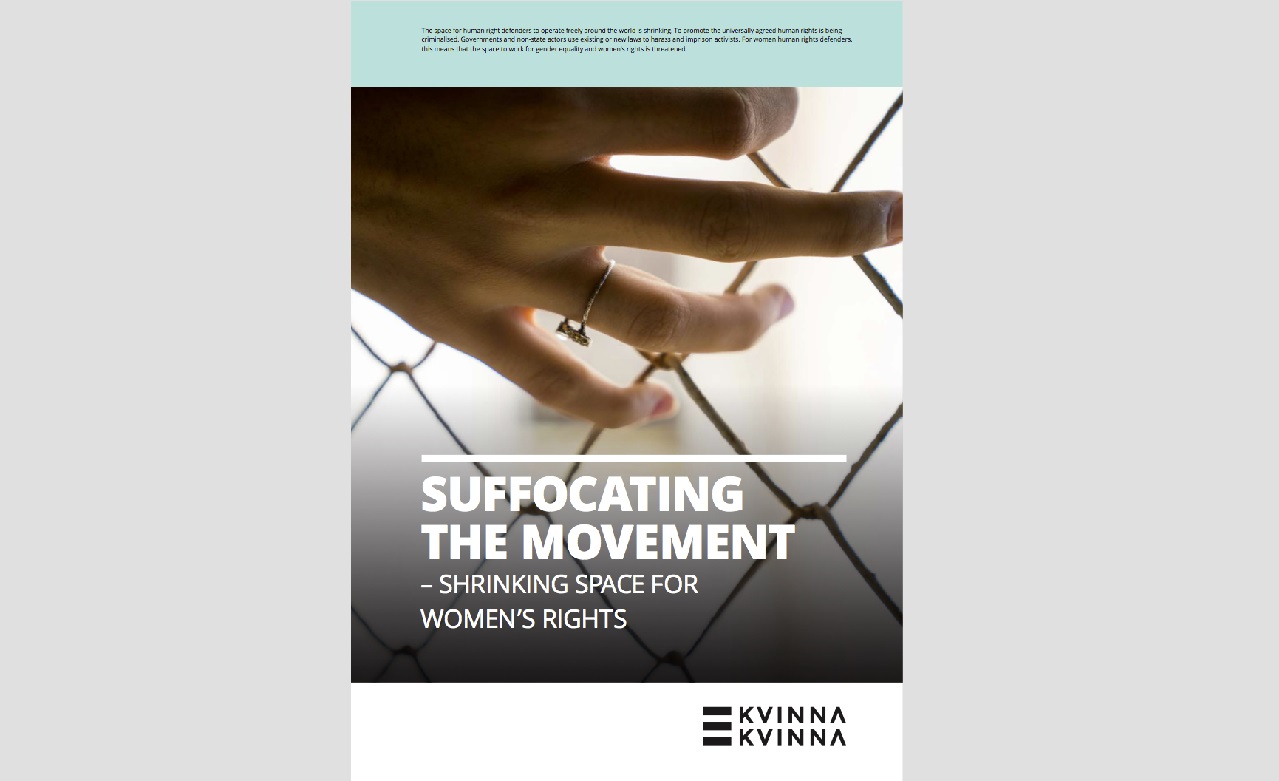 Increasing fundamentalism, conservatism and traditional values started suffocating the women’s movement. Women were physically prevented from moving freely and women’s organisations were threatened and harassed. The shrinking space for civil society organisations has a negative impact on all organisations, but it hits women’s organisations particularly hard. In patriarchal societies, women are excluded from decision-making arenas, so their fight for influence and to secure women’s rights takes place within the civil society.

The Federation for Women and Family Planning would like to recommend an excellent report by the Swedish organization Kvinna till Kvinna. Our representatives participated in this project by delivering an input on Poland and taking part in the official launch of the report.

In this report, the Kvinna till Kvinna Foundation reached out and received input from 123 prominent women human rights defenders from many countries and organisations.

In the survey carried out for this report, Kvinna till Kvinnas asked women human rights defenders in 32 countries whether the situation has changed during the past years, and if so, how. More than 60 percent say their space to act as an activist has shrunk. The main reasons for this development are believed to be governments’ fears for political change, increasing nationalism including hostility towards foreign funding, and conservative ideals.

With this report, the Kvinna till Kvinna Foundation aims to deepen the knowledge and understanding of how the shrinking civic space affects women human rights defenders, and what the implications are on women’s human rights.