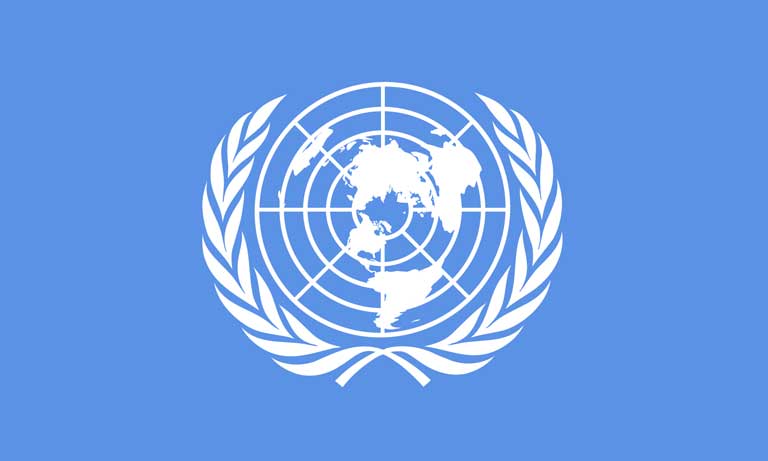 Special Procedures, who are independent human rights experts mandated by the Human Rights Council to report and advise on a specific area of human rights, have also expressed concern about the restrictions on access to abortion in Poland. Several of them issued recommendations in that regard after visiting the country, including the Special Rapporteur on cultural rights,[vii] the Working Group on the issue of discrimination against women and girls,[viii] and the Special Rapporteur on the right to health.[ix] Several Special Procedures mandates have also issued statements urging Poland not to tighten access to abortion.[x] Poland has also received communications from Special Procedures mandates on torture, health, violence against women and discrimination against women in law and in practice expressing concerns about attempts to further restrict already limited access to abortion in Poland.[xi]

At the Universal Periodic Review, which is a UN review process of the human rights records of all UN Member States by their peers, Poland also received 8 recommendations on ensuring access to abortion at its last UPR review in 2017 (from Slovenia,[xii] Canada,[xiii] Sweden,[xiv] Australia,[xv] the Netherlands,[xvi] Norway[xvii] and Iceland[xviii]).

Finally, the Special Rapporteur on the independence of judges and lawyers, after visiting Poland in 2017, expressed serious concern about the reform of the Polish justice system and about the Constitutional Tribunal in particular, stressing that

“the legitimacy and independence [of the Constitutional Tribunal] have been seriously undermined by the coordinated set of actions put in place by the Government to bring [it] under its control. Today, the Tribunal cannot ensure an independent and effective review of the constitutionality of legislative acts adopted by the legislator. This situation casts serious doubts over its capacity to protect constitutional principles and to uphold human rights and fundamental freedoms.”[xix]

[i] In 2019, the UN Committee against Torture recommended that Poland “[c]onsider decriminalizing abortion and issue guidelines on how to proceed with legal abortion, being mindful of the possible severe physical and mental consequences of denial, including after conscience-based refusals by doctors to perform abortions, and without requirements not specified in law; ensure that medical boards issue a decision within 10 days; ensure the provision of post-abortion health care for women, irrespective of whether they have undergone an illegal or legal abortion; and ensure that neither patients nor their doctors face criminal sanctions or other threats for seeking or providing such care.” (Committee against Torture: Concluding observations on the seventh periodic report of Poland. CAT/C/POL/CO/7, 2019, para. 34(e). See also para. 33(d).)

[ii] In 2016, the UN Human Rights Committee recommended that Poland:

“(a) Ensure that its legislation does not prompt women to resort to clandestine abortions that put their lives and health at risk. It should conduct research into and provide statistics on the use of illegal abortion. It should ensure women’s effective access to safe legal abortion throughout the entire country and ensure that women are not obliged, as a consequence of conscientious objection or prolonged review of complaints about refusals to perform abortions, to resort to clandestine abortion that puts their lives and health at risk. It should do so by, inter alia: (i) as a matter of priority, establishing and regulating standardized guidelines in public health for the provision of legal abortion services throughout the country; (ii) enhancing the effectiveness of the referral mechanism to ensure access to legal abortion in cases of conscientious objection by medical practitioners; (iii) facilitating access to prenatal genetic testing in order to determine in accordance with the Act of 7 January 1993 whether a fetus suffers from a severe and irreversible fetal impairment or incurable illness that threatens the life of the fetus; (iv) ensuring timely review of appeals against a refusal for an abortion, including further reducing substantially the Physician’s Commission decision deadline; and (v) ensuring that mechanisms for obtaining prosecutor certifications and regulations of individual hospitals do not obstruct access to legal abortion; (b) Refrain from adopting any legislative reform that would amount to a retrogression of already restrictive legislation on women’s access to safe legal abortion.” (Human Rights Committee: Concluding observations on the seventh periodic report of Poland. CCPR/C/POL/CO/7, 2016, paras 23-24.)

[iii] In 2014, the UN Committee on Elimination of All Forms of Discrimination against Women recommended that Poland “(a) Enhance women’s access to health care, in particular to sexual and reproductive health services, including by amending the 1993 Act on family planning, human foetus protection and preconditions for the admissibility of abortion, to make the conditions for abortion less restrictive; (b) Establish clear standards for a uniform and non-restrictive interpretation of the conditions for legal abortion so that women may access it without limitations owing to the excessive use of the so-called conscientious objection clause by doctors and health institutions and ensure effective remedies for contesting refusals of abortion, within the revision of the Act on Patient Rights; and (c) Mandate, support and finance research, study and data collection, as previously recommended on the scope, causes and consequences of unsafe illegal abortion and its impact on women’s health and life, in order to obtain evidence-based elements for a revision of the law.” (Committee on Elimination of All Forms of Discrimination against Women: Concluding observations on the combined seventh and eighth periodic reports of Poland, CEDAW/C/POL/CO/7-8, 2014, paras 36-37.)

[iv] In 2016, the UN Committee on Economic, Social and Cultural Rights recommended that Poland: “(a) Ensure that safe and legal abortion services can be accessed in practice, take effective measures to prevent unsafe abortions and provide post-abortion care and counselling for those who require it;

(b) Immediately establish and regulate an effective referral mechanism in cases where conscientious objection by medical practitioners is exercised; (c) Reconsider the “stop abortion” bill, since it is not compatible with other fundamental rights, such as the woman’s right to health and life, and it is not consistent with the dignity of women.“ (Committee on Economic, Social and Cultural Rights: Concluding observations on the sixth periodic report of Poland. E/C.12/POL/CO/6, 2016, paras 46-47).

[v] In 2015, the UN Committee on the Rights of the Child recommended that Poland “(b) Ensure unimpeded access to sexual and reproductive health services, including confidential counselling and modern contraception for adolescent girls and boys and amend the 1993 Act on family planning, protection of the human foetus and conditions for legal abortion to make the conditions for abortion less restrictive and, in relation to adolescent girls, to reflect the right of the child to express her views and

have her best interests taken into consideration; (c) Establish clear standards for a uniform and non-restrictive interpretation of the conditions for legal abortion and the relevant procedures, including strict implementation of confidentiality of personal information.” (Committee on the Rights of the Child:

[vi] In 2018, the UN Committee on the Rights of Persons with Disabilities expressed concern about “[t]he barriers faced by women with disabilities when they seek to gain access to services for safe abortion, owing to the lack of information available on and services relating to their sexual and reproductive health rights” and recommended that Poland “[t]ake the measures necessary to ensure that the autonomy and decisions of women with disabilities are respected, that women’s rights in relation to reproductive health are secured, that access to safe abortion is provided, and that women with disabilities are protected from forced sterilization and forced abortion.” (Committee on the Rights of Persons with Disabilities: Concluding observations on the initial report of Poland, CRPD/C/POL/CO/1. 2018, paras 43(e) and 44(e)).

[vii] After her visit to Poland, the UN Special Rapporteur on Cultural Rights noted with concern that fundamentalist and anti-choice discourse during the debate related to changes in the abortion law reaffirmed stereotypical cultural attitudes towards women which should be challenged, and welcomed women’s activism during the black protests. She also reiterated that sexual and reproductive rights are critical human rights and health-care issues, essential for enabling women to access their economic, social and cultural rights on a basis of equality, and that abortion is essential for guaranteeing women’s equal participation in cultural life. (Visit to Poland – Report of the Special Rapporteur in the field of cultural rights. A/HRC/43/50/Add.1, 2020, paras 64-65).

[viii] After their visit to Poland in 2018, the Working Group recommended that the Polish Government “[e]nsure that legal abortion is accessible in practice by removing existing barriers and abortion stigma, including through the proper monitoring and regulation of the practice of conscientious objection and by improving the effectiveness of the complaint mechanism, and consider liberalizing the abortion law.” (Visit to Poland – Report of the Working Group on the issue of discrimination against women in law and in practice. A/HRC/41/33/Add.2, 2019, para. 85(c)).

[ix] After his visit to Poland in 2010, the Special Rapporteur on the right to health dedicated a significant part of his report to abortion, and recommended, inter alia, that Poland “(d) Guarantee women’s effective exercise of their right to the highest attainable standard of health, including access to safe, acceptable and affordable abortion services by ensuring that health care facilities have an established protocol for the provision of abortion and abortion-related services; (e) Establish effective and transparent monitoring and accountability mechanisms in the context of access to sexual and reproductive health-care services,

including abortion; (j) Investigate and conduct research on the scope, causes and consequences of illegal abortion and its impact on women’s health and lives; and on the basis of such research take appropriate legislative and other measures to improve the realization of women’s right to health; (k) Effectively regulate the practice of conscientious objection to ensure that access to safe and legal abortion, contraception and other sexual and reproductive health services is not restricted. Such regulation should include the obligation of the State to have providers available who do not invoke the conscientious objection clause, to ensure adequate referral systems, and the provision of termination of pregnancy in

emergency situations.” (Report of the Special Rapporteur on the right of everyone to the enjoyment of the highest attainable standard of physical and mental health, Anand Grover – Addendum: Mission to Poland. A/HRC/14/20/Add.3, 2010, para. 85(d), (e), (j), (k)).

[xiii] “Ensure that safe legal abortions are available and accessible in practice, in keeping with the 1993 Act on Family Planning and consistent with Poland’s obligations under articles 12 and 16 of the CEDAW.” (UPR recommendation from Canada, accepted by Poland)

[xiv] “Ensure that women are given the medical and professional services necessary to exercise their legal right to terminate a pregnancy, and ascertain that women have the right to decide over their own bodies.” (UPR recommendation from Sweden, accepted by Poland)

[xv] “Ensure the protection of the right of women to have access to abortions and for women (and couples) to decide freely and responsibly the number, spacing and timing of their children.” (UPR recommendation from Australia, accepted by Poland)

[xvi] “Implement fully and effectively the judgments of the European Court of Human Rights in the case of RR v. Poland and P&S v. Poland on the issue of women and girls’ access to sexual and reproductive health-care and services.” (UPR recommendation from the Netherlands, accepted by Poland)

[xvii] “Ensure that women can have access to lawful abortions by creating clear, legally binding regulations for the implementation of the 1993 Family Planning Act.” (UPR recommendation from Norway, accepted by Poland)

[xviii] Poland received 2 UPR recommendations from Iceland, both of which were accepted: “Ensure that safe and legal abortions are accessible in practice by creating clear, legally binding regulations for the implementation of the 1993 Act on Family Planning” and “Implement fully and effectively the judgments of the European Court of Human Rights on access to abortion.” (UPR recommendations from Iceland, accepted by Poland)

[xix] Report of the Special Rapporteur on the independence of judges and lawyers on his mission to Poland, A/HRC/38/38/Add.1, 2018.