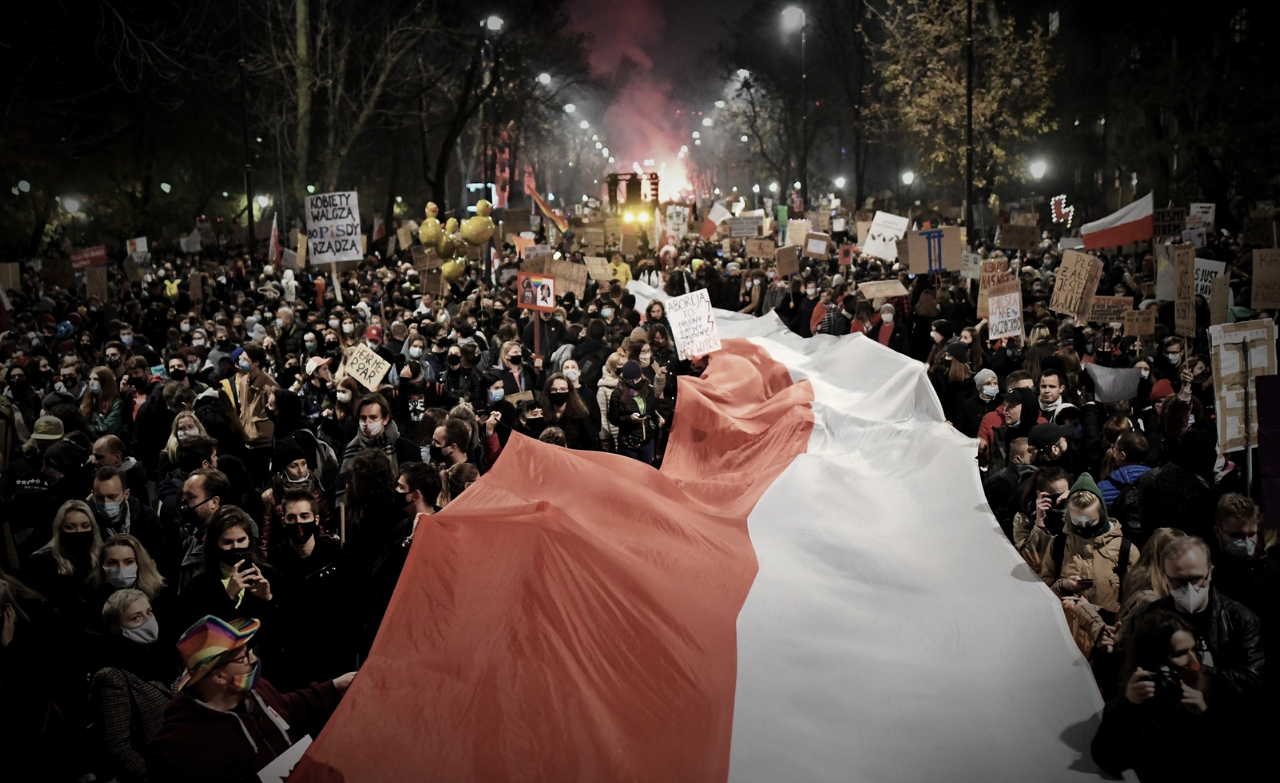 Work of the Federation for Women and Family Planning

Federation continues its campaign aiming at decriminalising abortion in Poland.

Please support our action and sign the petition asking Polish MPs to proceed with the so-called Rescue Bill tabled at the Parliament by the Left party. The Rescue Bill removes criminal liability for physicians who perform abortions in case of fetal impairment and for those assisting with abortions. After the ruling of the illegitimate Constitutional Tribunal that came into force in January 2021, this bill is now the only way to provide pregnant persons with the abortions they need.

Here is a link to the petition and information on it in English.

Additionally, the Federation’s statement in which we demanded to decriminalise abortion in Poland has been read at the 47th session of the UN Human Rights Council. Read the statement here.

The Federation continues helping women and pregnant persons in getting access to abortion when the statutory conditions are met. Many factors make this process challenging, above all the chilling effect of the ban on doctors as regards application of the remaining legal grounds. Also, there is an alarming decrease in prescribing and carrying out prenatal tests by the doctors for lack of avenues in terms of possibilities to terminate the pregnancy. The combination of all these elements in individual cases results in a serious risk for women and pregnant persons to be left without medical assistance in the situations that threaten their lives and health.

Below, there is a description of 2 cases as illustrated by the Polish media recently which show the context and the scope of the issues women in Poland have dealt with as regards SRHR.

One of the cases concerns has been shared to the media by the doctor accompanying women whose foetus has been diagnosed with the lethal condition. This woman decided to carry the pregnancy until the end. She suffered enormously through the pregnancy and gave birth to a child who 30 minutes after the childbirth has died. The full testimony of this suffering (in Polish) can be followed  here.

Another case illustrates rather the context in which we operate in terms of high stigma on abortion  and media pressure that unnecessarily adds to the social perception of abortion. In June 2021 the police found a dead fetus in the sewage plant of a small city in Poland. The media and police announced that they are looking for a “mother” of a “dead child” and were asking everyone who could find in identifying the “mother”. The entire action and activities undertaken by the police and supported by the media passed a message as if the “mother” who had miscarriage was a criminal. Such a coverage especially by the media transmitted the message of fear and wrongly implied criminalising of women for miscarriages. Director of the Federation commented on this situation in the media and repeated that women in Poland are not penalised for having abortion.

The Federation monitors the situation as regards access to IUD which shall be guaranteed to women free of charge within the public insurance scheme. The Federation received from the National Health Fund a list of institutions that were supposed to provide this guaranteed service in 2020 and published it on the website. However, numerous testimonies of women showed that many facilities refuse the service. To make sure women could effectively claim their guaranteed service, Federation prepared the concise set of information and advice as regards patients’ rights and complaint procedures in the situation of refusals.

Success of our complaint to the Ombudsman for Patients’ Rights

Federation’s lawyer lodged a complaint to the Ombudsman for Patients’ Rights on behalf of a woman who has been denied abortion on the grounds of severe and irreversible foetal impairment in her region of central west Poland. With the help of Federation she has had abortion in Warsaw hospital. The events referred thereto relate to the period before the abortion ban.

The Ombudsman for Patients’ Rights ordered the hospital to conduct training among medical staff, to raise standards and to report to the Ombudsman on actions taken in this regards within 30 days.

In April 2021 the Federation launched the Women’s Collective Complaint campaign. Its aim was to encourage Polish women to send applications to the European Court of Human Rights in connection with the decision of the so-called Constitutional Tribunal  that banned abortion due to severe fetal impairments.

In July 2021 the European Court of Human Rights announced that it will deal with the merits of some of the complaints it has received and communicated these cases to the Polish government. This means that the ECHR sees the possibility of at least POTENTIAL VIOLATION OF HUMAN RIGHTS in a situation where women of reproductive age in Poland are afraid to get pregnant because of the restrictive abortion law.

ECHR will consider three groups of four cases each, that is a total of 12 complaints against Poland. These are not all of 1000 applications that have been lodged as part of the campaign, because the European Court of Human Right has chosen the stories that most appealed to it. Perhaps there will be more communications.

LINKS TO THE COMMUNICATED CASES:

Landmark resolution of the European Parliament on SRHR in Europe

The resolution includes recommendations for European Union Member States to ensure that their national laws and policies guarantee SRHR free from discrimination, coercion and violence and promote accessibility of SRHR health services, information, and education.

This resolution is particularly important for citizens and civil society organisations in Poland for whom it constitutes an important advocacy tool to demonstrate that as Europeans, Polish women shall also be entitled to have full access to SRHR, including access to safe and legal abortion.