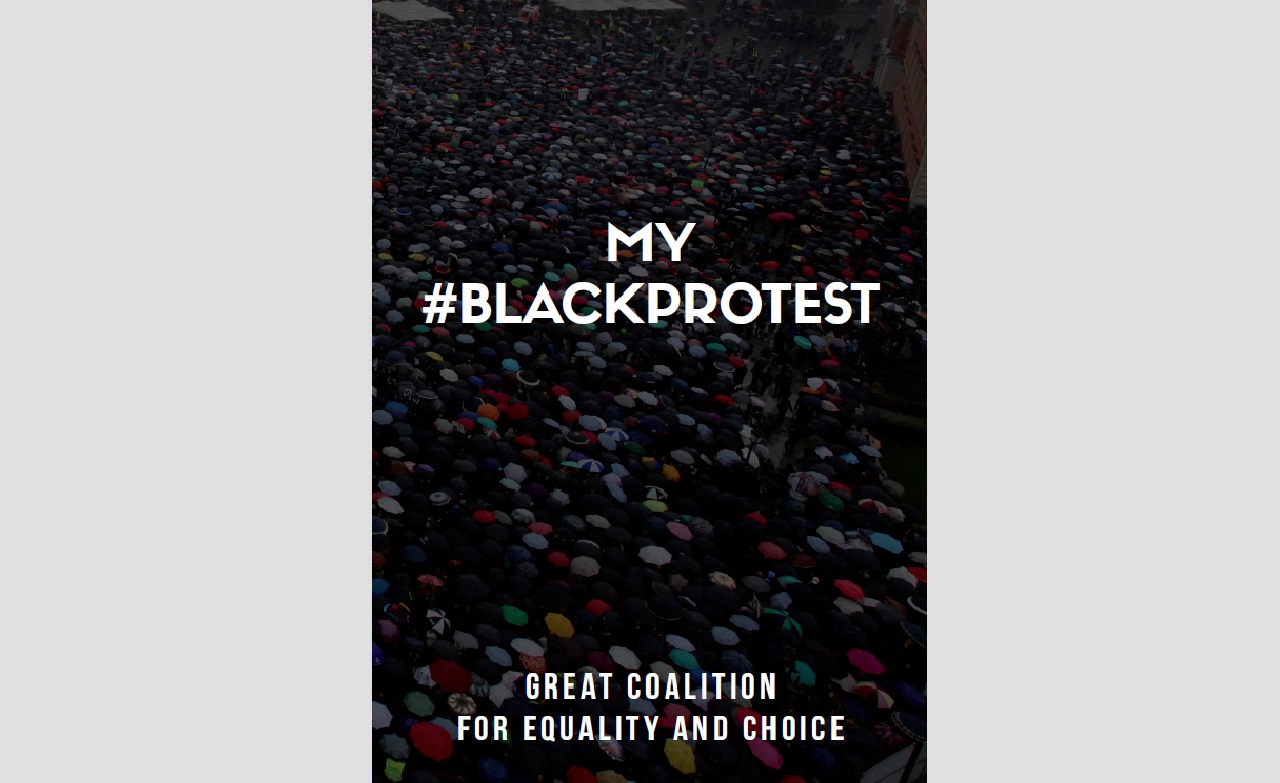 The stories in this volume describe contemporary Poland mostly from the perspective of medium-size cities and small towns. The authors, one of whom is a man, present the moment when they questioned the ordinary scheme of everyday life, the moment when the personal became political. Rebellion was born. Poland as seen by the contributors to this book is, above all, a land of hypocrisy. The Black Protest was a unique time when this hypocrisy was unmasked and rejected. The truth was finally stated – shouted out, in fact – about what it means to live one’s life in a country chosen by religious fundamentalists for an experimental battleground, the first stage of their effort to “re-Christianize Europe”.

The Black Protest – such is the general name of all the demonstrations, petitions and pickets – went on for six months. The story begins on March 14th, when the “Stop Abortion” committee was officially registered. The organization behind this effort was the international hardline Catholic group Ordo Iuris, whose aim is “re-Christianize” Europe, mostly by eradicating women’s reproductive rights. It was not the first such effort, but this time the religious fanatics had a unique “now or never” chance to get their proposal due to the political setting it Polish parliament. Their initiative of a total ban on abortion was greeted with enthusiasm both by the Prime Minister Beata Szydło and by the leader of the ruling party, Jarosław Kaczyński.

Outside the Parliament, left wing political groups and women’s organizations decided to introduce a counter-initiative in reaction to the one proposed by Ordo Iuris. On May 11th, “Save the Women” committee began collecting the required 100,000 citizens’ signatures in support of a law draft entitled “On the Rights of Women and Conscious Parenthood,” which contained the full standard of reproductive rights.

On September 23rd, both proposal were put before the Parliament. “Stop Abortion” was sent for further proceeding to the Justice and Human Rights Committee, while the “Save the Women” was rejected upon first reading, despite the 215,000 signatures the committee had collected. This rejection was the initial cause of the feminist-civic awakening that came after the Summer vacation. This wave of activism reached its peak on Black Monday – 3 October 2016 – an event that surpassed its organizer’s boldest dreams and expectations. For many hours, until late evening, thousands of people stood in protest in pouring rain (hence the umbrella as the demonstrations’ emblem). On October 6th, the Parliament somewhat nervously voted to reject the bill proposed by “Stop Abortion” Committee. The battle had been won.

What were the women really fighting for in the Black Protest and other pro-choice initiatives of 2016? The answer is: they were fighting for everything. They were fighting for their very lives. Law and Justice added a single stone to the huge pile that women in Poland are forced to carry, and that one stone started an avalanche. The experience is recorded in the stories collected in this volume.

All of the authors won in the contest organized by the Great Coalition for Equality and Choice.

The translation of this publication was possible thanks to the financial support from the Members of the European Parliament’s pro-choice network All of Us.