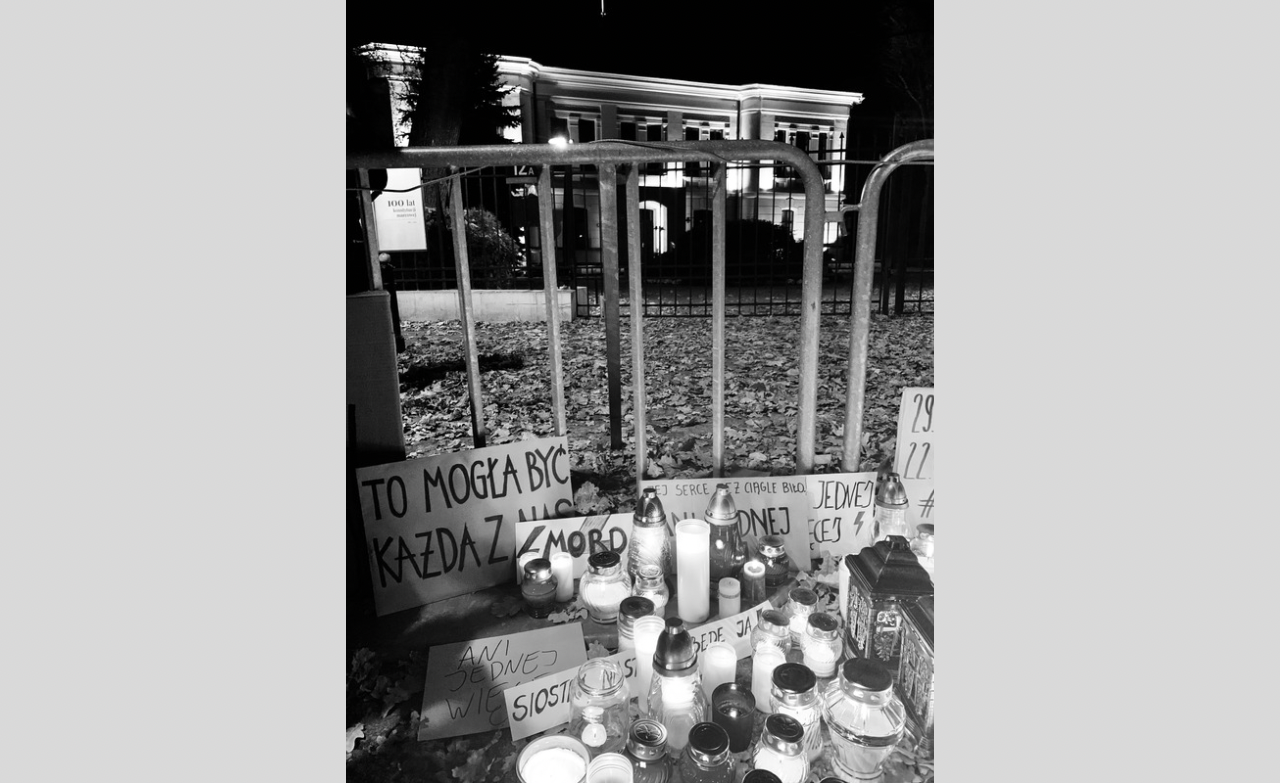 One year after the illegitimate ruling of the Constitutional Tribunal

Federa will not leave any woman alone

One year has passed since the most brutal attack on women’s rights in modern Polish history. A year of pain, terror, and suffering for thousands of women.

From the very announcement of the ruling of the flawed Constitutional Tribunal the Federation for Women and Family Planning has warned that the ban on abortion would result in the deaths of patients and, unfortunately, our predictions came true. The information about the death of Izabela from Pszczyna shook the whole country and led hundreds of thousands of people to the streets, with a slogan – Not One More (AniJednejWięcej). Izabela’s face has become a symbol of the fight for the right to abortion in Poland, but she is not the only victim of this bloody law. We know that Anna from Świdnica and Agnieszka from Czestochowa have also fallen victims of the law – the latter died just two days before the first “anniversary” of the law that most likely contributed to her death. We dread to think of how many women lost their health and lives as a result of this inhuman ban we have not even heard of.

The drama of each of these situations is clearly not understood by most of those who only sit on a parliamentary bench or judge’s chair. They do not hear pregnancy diagnoses, they do not deal with doctors, they are not afraid of sepsis or leaving their children without care in case of death or illness. Nor do they receive calls from frightened women. In the Federation, during the period from January 2021 to today, our seven-person team has assisted thousands of calls and requests. Since the entry into force of the ruling, we have been flooded by an uninterrupted stream of requests for support in accessing abortion and also contraception, reliable medical care, and psychological support.

The politicized Tribunal has caused hell for women in Poland that must end as soon as possible – before another one of us dies. We demand the immediate decriminalization of abortion, immediate elaboration of transparent hospital procedures, and ensuring that Polish women have access to the full scope of reproductive health services. Nobody can decide about our health and life except ourselves.

Facing the enormity of suffering and the cruel face of the anti-abortion system, we have created a number of solutions to protect women in Poland – over the past year, Federa has built a network of supportive psychiatrists who help patients in obtaining documentation necessary to assess the mental health risk of a pregnant woman. Our MPs Rescue Network immediately connects people in need with MPs who offer their support often accompanied by media interest. We also work with a group of gynaecologists who stand by the patients and perform abortions without being intimidated by the authorities. Our afternoon helpline is working at full speed, and the legal team offers training for hospitals and medical staff lost in the current anti-abortion regulations.

Today is a day for us to remember the suffering of women who were harmed by the law of their own country, but also a moment to look to the future. This far-reaching attack on reproductive freedom started a movement that no government can stop, even the most murderous one. More than 100 years ago, Polish women won the electoral rights by force – today we will not rest until what is ours is rightfully returned to us. Full legality and availability of reproductive rights will become a reality in Poland soon, and until then – the fight continues.

Federa will not leave any woman alone.