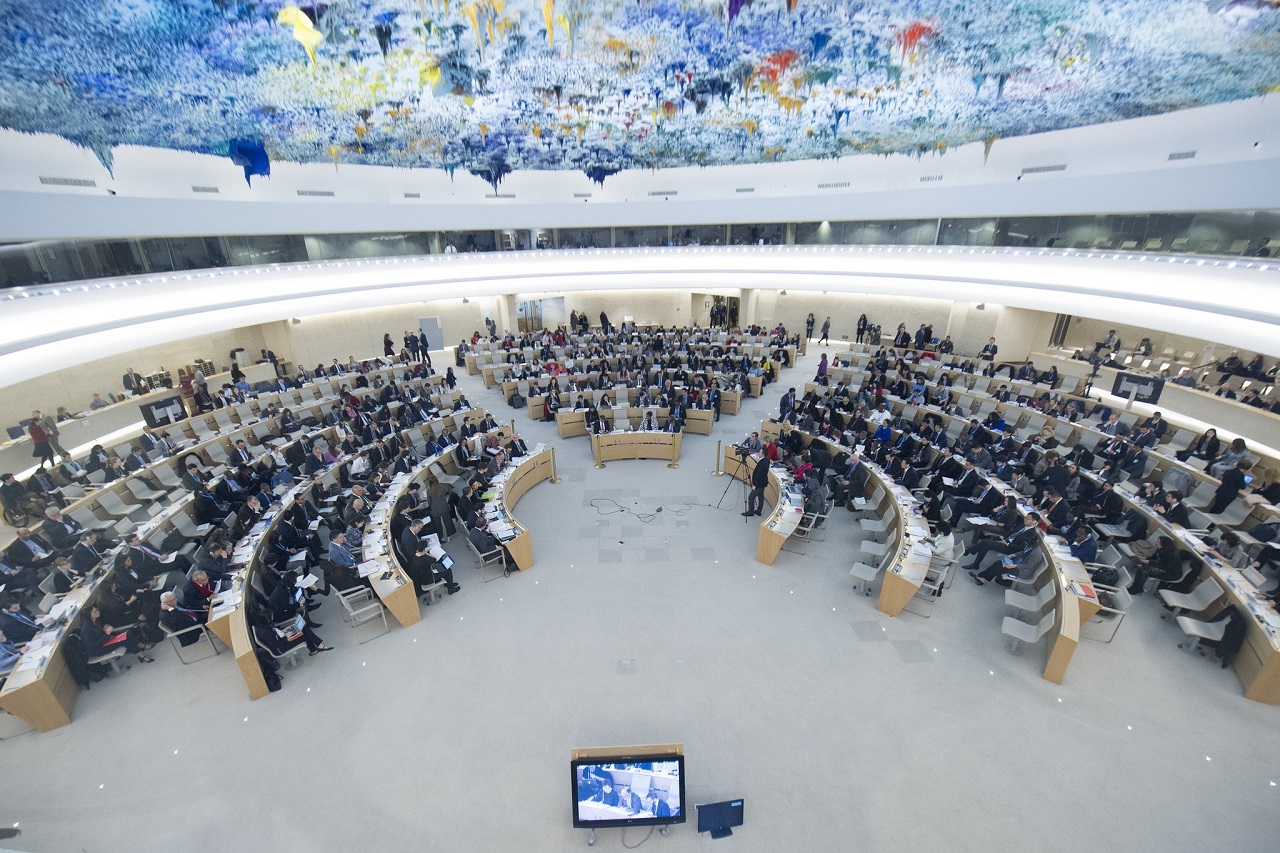 The signatories commend the Working Group for its fruitful labour since the inception of its mandate. Over the years, the Working Group has taken an innovative, collaborative and progressive approach to advance the elimination of discrimination against women, basing its work in international human rights laws and standards, but also compiling good practices going beyond these standards.

The Working Group, in the fulfilment of the duties of its mandate, has strived to leave no woman behind and to address the multiple and intersecting forms of discrimination that reinforce and sustain each other to further marginalize different groups of women and girls. In this regard, we wish to commend the Working Group on their decision to look at the age-dimension and further examine the unique issues and challenges that girl children and adolescent girls face, which so far, has not been given the comprehensive attention it deserves.

We welcome the report of the Working Group presented to this session and would like to echo the concerns raised by the Working Group, particularly those around the structural disadvantages and discrimination in the economic and social spheres as well as discriminatory social norms and harmful stereotypes women and girls still face and around increasing attacks against the universality of women and girls’ rights and in particular the backlash against sexual and reproductive health and rights.

We endorse the Working Group’s concerns around the instrumentalization of the family and of concepts such as ‘complementarity’ and ‘equity’ as part of a strategy aiming to challenge long-standing women and girls’ universal human rights to equality and non-discrimination, supported by international human rights law. As remarked by the report, despite wide academic consensus around their definition, other concepts, such as ‘gender’ have been challenged, misunderstood and misused to further undermine the struggle towards gender equality.

As a consequence, too many women and girls are still being deprived of their sexual and reproductive rights, despite the fact that women and girls’ right to sexual and bodily autonomy is at the very core of their fundamental right to equality and privacy and is a precondition for the enjoyment of other rights, as confirmed by international law standards. Lack of universal access to comprehensive sexuality education and contraceptive information, education and services, particularly for adolescents and girls, prevent the full realization of their human rights. Around 225 million women are systematically deprived of access to essential modern contraception, 25 per cent of the world’s population live in countries with highly restrictive abortion laws, making safe termination of pregnancy a privilege of the rich, while women and girls with limited resources, as well as those living in crises and humanitarian settings and migrants, have little choice but to resort to unsafe providers and practices, with dire consequences for their health and life. Denying women and girls’ autonomous decision-making and denying them services they require is inherently discriminatory and often violates the right to be free from torture or cruel, inhuman or degrading treatment. Instrumentalization and politicization of women’ and girls’ bodies prevent the full realization of their human rights and leaves them behind.

We therefore echo the Working Group: today, the human rights community needs more than ever to unite forces to preserve the democratic space and to promote an enabling environment for the respect, protection and fulfilment of the human rights of women and girls. The fight against all forms of discrimination against women and girls must continue until women and girls everywhere obtain full equality in public, political, economic, social, family, cultural and religious life and in health. The recent referendum in Ireland has shown us that positive change is possible and democracy and human rights still prevail.

Action Canada makes this statement on behalf of the Federation for Women and Family Planning and the Sexual Rights Initiative.

I would like to thank the Working Group on discrimination against women for its commitment and work towards reaching gender equality and securing women’s rights within the international human rights framework.

We welcome the report of the Working Group and applaud its strong content. It comes at a unique moment in history when women’s human rights, especially sexual and reproductive rights, are particularly at risk, contested and not adequately recognized.

We also welcome the Working Group’s remarks on how concepts of so-called “protection of the family” and “sovereignty” of the States are often used to undermine women’s rights by challenging universal human rights to equality and non-discrimination. These concepts are often employed to justify State and non-State violations.  We see today that hard-fought achievements are being reversed, especially in Latin America and Eastern Europe. Rollbacks to women’s rights, their bodily autonomy and sexual rights, often happen in the name of culture, religion and tradition. Needless to stress that the country visits planned by the Working Group for this year could not have come in a better moment.

We would also like to draw your attention to the often neglected sexual and reproductive rights of women with disabilities. They face additional barriers and discrimination that need to be addressed at the highest levels.

The women’s human rights agenda must be fulfilled in a comprehensive manner through devoting adequate resources to mechanisms working to achieve them and enhancing collaboration between all stakeholders. We thank the Working Group for stressing this in their report and urge States to implement the recommendations.