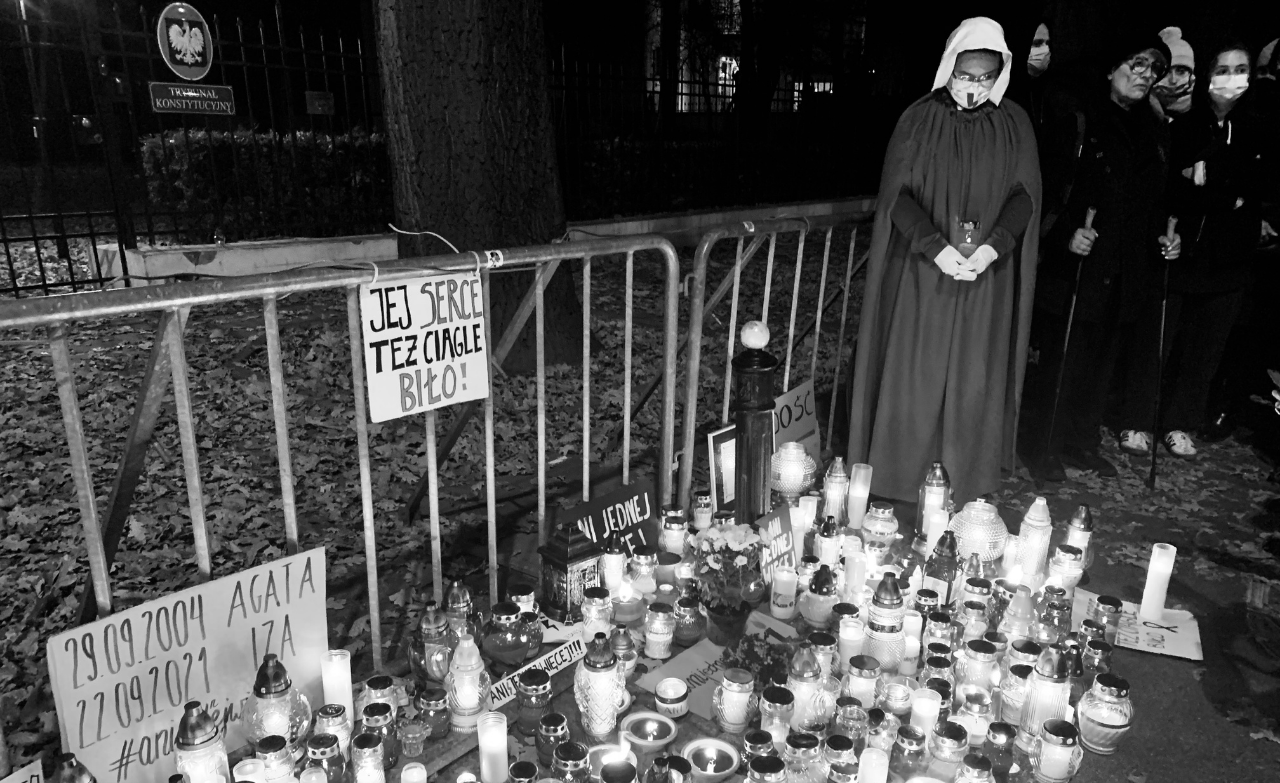 On 29 October 2021 attorney J. Budzowska, who deals with medical error cases announced the death of 30 years old woman, Izabela. 22 weeks’ pregnant woman was said to have been taken to the hospital with an amenorrhea (lack of amniotic fluid). The woman was married and had one daughter. According to the information provided by the attorney, the doctors were to wait for the foetus to die and the woman died shortly after of septic shock.

The prosecutor’s investigation into the circumstances of the woman’s death is ongoing and there are no more information available at this point. The director of the hospital in its statement assured that all medical decisions in this case have been taken in accordance with the Polish law. This is in itself not reassuring because Polish antiabortion law exposes women’s lives and health into risk.

On 1 November, candles were lit across Poland as a part of the campaign called “Ani Jednej Więcej” (“Not One More”) initiated by the Federation for Women and Family Planning in solidarity with the family of the diseased women. Protests were yet again held in front of the illegitimate Constitutional Tribunal that a year ago banned abortion on the grounds of “the severe and irreversible foetal defect or incurable illness that threatens the foetus life”. As a result of this ruling legal abortion may be accessed when pregnancy constitutes a threat to the woman’s life or health and if it results from the criminal act.

This is another victim of the Polish antiabortion law after in 2004 a 25 years old women died of pregnancy complications that could have been avoided by timely abortion.

“Instead of protecting the life of the woman, the doctors think of saving the foetus. This is the chilling effect of the Constitutional Tribunal’s decision in action.” said Kamila Ferenc, the lawyer at the Federation for Women and Family Planning.