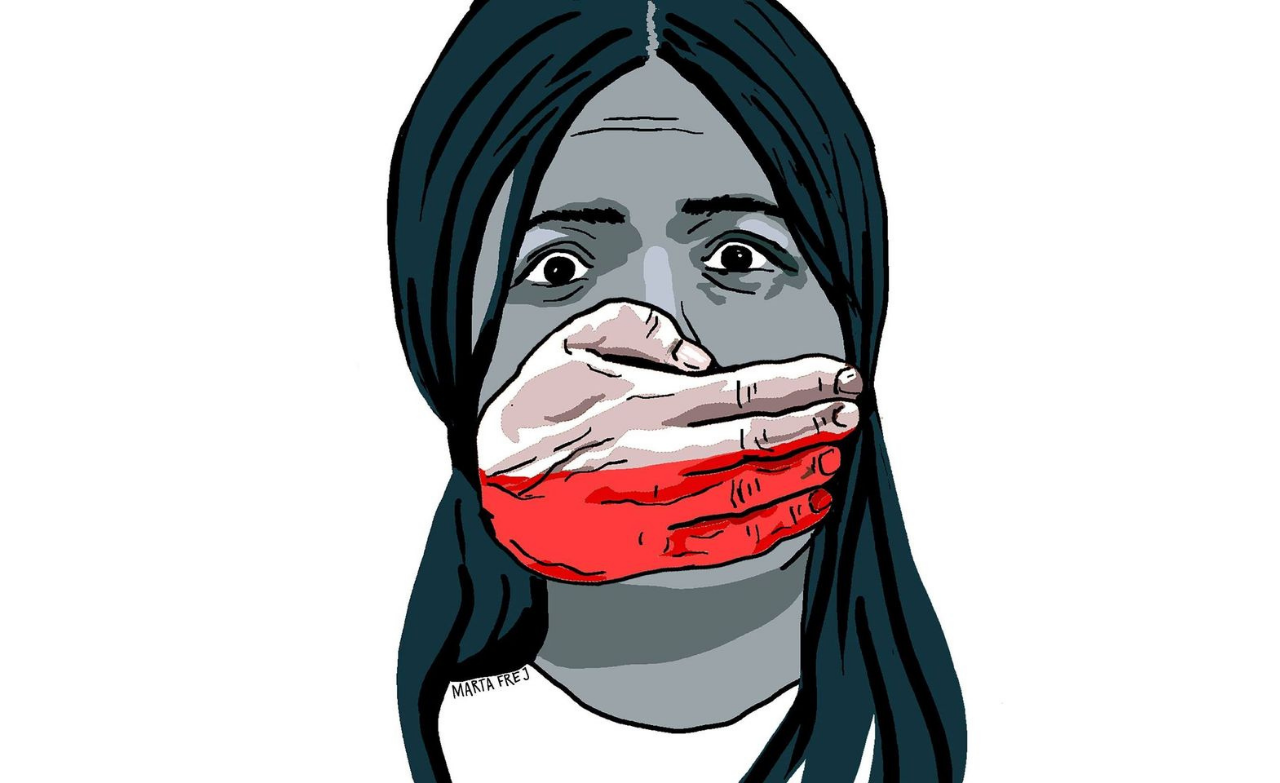 On October 22, Polish “Constitutional Tribunal” (CT) issued a “ruling” (K 1/20) finding abortion on the grounds of “severe and irreversible fetal defect or incurable illness that threatens the fetus’ life” unconstitutional. The ruling has not yet entered into force which will happen after its publication in the Polish Journal of Laws[1].

Independent monitors and non-governmental organization’s representatives were not allowed into the building despite numerous requests to observe the proceedings.

Poland has already had one of the most restrictive abortion laws in Europe, with the procedure being banned with three exceptions: with the pregnancy being a result of a crime, on the grounds of fetal defects and when the pregnancy posed a danger to woman’s life or health[2]. In a country of almost 38 million inhabitants, the National Health Fund registered around a 1000 procedures per year, 98% out of which on the grounds of fetal malformations.

The ruling imposes a virtual ban on abortion in Poland. The country is believed to have already had one of the biggest abortion undergrounds in Europe, with an estimated 120 000 – 150 000 procedures performed yearly, usually being either self-administered medical abortions or illegal surgical terminations.

The “ruling” violates very many provisions of Polish law and international treaties Poland is a party to. In particular, it fails to take into account the need to protect the inherent dignity of women and it violates the prohibition of cruel treatment and torture, the right to the protection of private life and the right to health. It is contrary to the Polish Constitution (in particular its Articles 30, 40, 47, 68 and the protection that these standards should provide to women) and to the obligations arising from the UN Convention Against Torture and Other Cruel, Inhuman or Degrading Treatment or punishment of 10 December 1984, the UN International Covenant on Civil and Political Rights of 19 December 1966 and the Council of Europe Convention for the Protection of Human Rights and Fundamental Freedoms of 4 November 1950. Poland is a party to the above-mentioned conventions and it is unacceptable to lower the standards of human rights protection expressed therein through the national rules conflicting with them.

International community is appalled by this “ruling” and the consequences it will have on women and families. Dunja Mijatovic, the Council of Europe’s Commissioner for Human Rights, took a stand on the decision, publicly declaring the ruling “a violation of human rights”[3]. Indeed “the ruling” opens the possibility of numerous violations of the European Convention of Human Rights and Fundamental Freedoms, in particular the violations may relate to Art. 3 of the Convention (prohibition of torture and inhuman or degrading treatment), Art. 8 (the right to respect for private and family life) and Art. 13 (right to an effective remedy). Thus, women impacted by “the ruling” of the CT may consider submitting a complaint to the European Court of Human Rights.

Legal flaws of the ruling:

The CT issued a “ruling” in a full composition of the Tribunal what means that 3 judges who took part in the procedure were not elected legally (including judge rapporteur J. Piskorski for this particular case) and this is a ground to find the judgment non-existent. Moreover, the president of the CT J. Przyłębska was also elected in the procedure encumbered with serious violations of the law. Also, the judges recently elected just before election were active MPs of Law and Justice party. These factors prove that “Constitutional Tribunal” is not a legitimate and independent judicial body.

The situation around the CT needs to be seen in the context of many activities since 2015 that the Polish government’s calls the reform to the judiciary. Many aspects of this “reform” have raised have raised serious concerns regarding respect for the rule of law, and led the European Commission to launch the procedure under Article 7(1) TEU in 2017, and several infringement procedures in the past years. As rightly noted by the European Commission in its first Annual Report on the matter, “concerns over the independence and legitimacy of the Constitutional Tribunal, raised by the Commission under the Article 7(1) TEU procedure, have so far not been resolved”[4] .The Venice Commission has noted that changes to procedures for judicial appointments and the operations of the Constitutional Tribunal have undermined its independence and rendered its work ineffective, including due to excessive executive and legislative control of the Tribunal’s operations[5].

The protests against the “ruling” are organized in the entire Poland, they cover big cities but also small towns. People protest every day from the very day of issuing “the ruling”. Regardless of Covid-19 very strict restrictions people went on the streets but also protest in more innovative ways i.e. on line, blocking the roads. On Sunday 25 October the protesters went in front of churches, entered masses. On 28 the general strike is planned and women are called not to go to work. The language of the protest is direct, the main slogan is “Get the fuck out”/ “don’t fuck with us”. The Warsaw Women Strike are the main organizers of the protests, and they are joined by many other organizations in Poland. To follow the protests please check the social media of Warsaw Women Strike, Federation for Women and Family Planning and the Great Coalition for Equality and Choice.

[1] In accordance with the Article 190 of the Polish Constitution.

[2] See Article 41 of the Act: https://www.reproductiverights.org/sites/crr.civicactions.net/files/documents/Polish%20abortion%20act–English%20translation.pdf