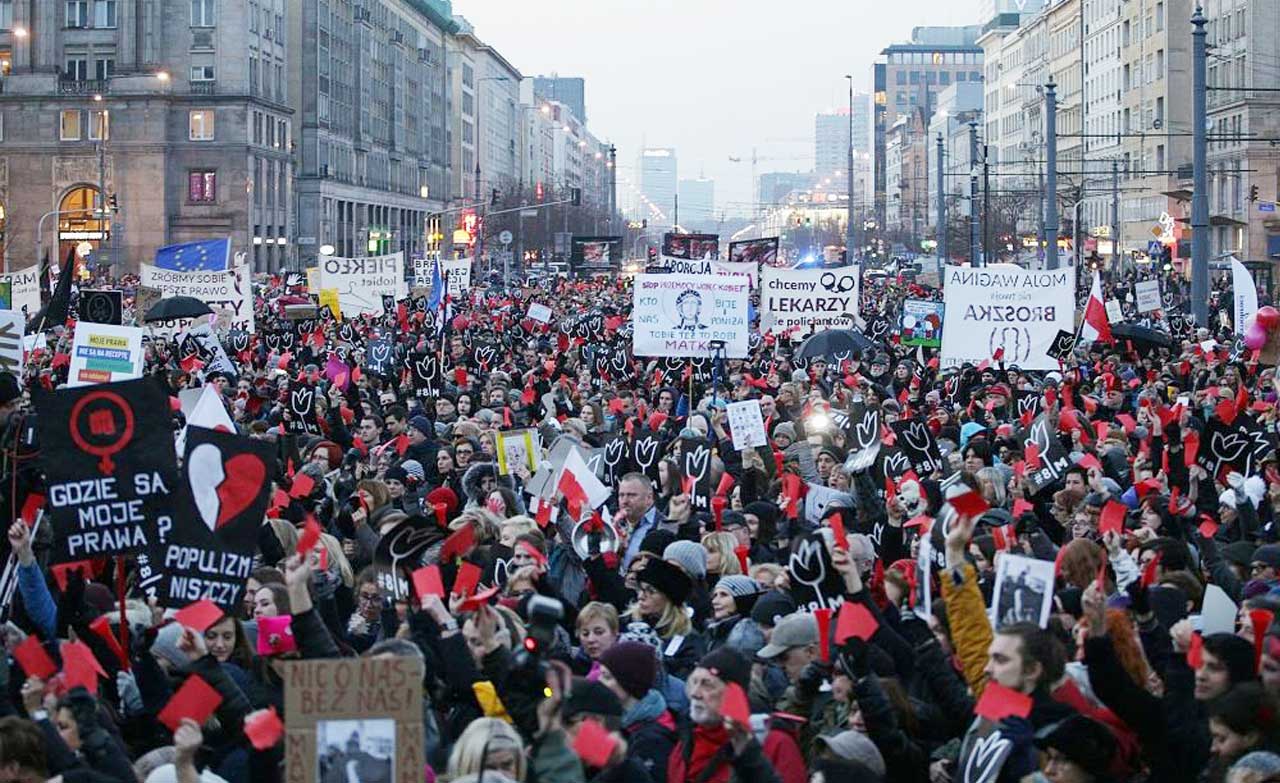 Following last October’s Black Protest and as part of the International Women’s Strike in over 80 Polish cities women took to the streets to protest against violating their rights.

Polish women demanded among others: access to safe and legal abortion, free modern contraception including over-the-counter emergency contraception, and to the newest generation of prenatal testing, state-subsidized in vitro fertilization, and maintenance of the postnatal care standards.

The final manifestation in the center of Warsaw, preceded by a March against Violence, gathered around 17,000 people, according to the capital’s city hall officials. In the culminating point of the protest, the crowd waved red cards, as a symbol of their objection to the government’s latest attempts at restricting women’s rights.

Since early morning of 8 March various demonstrations and street actions took place all over Warsaw. Manifestations in front of the headquarters of the ruling Law and Justice party, the Prime Minister’s Office and the Polish Parliament were held. The happening “Let’s Wave Bishops Goodbye” in front of Warsaw’s St. Cross Basilica was attended by several hundred people.

Polish women keep fighting and they will not stop until their reproductive rights are fully regained.